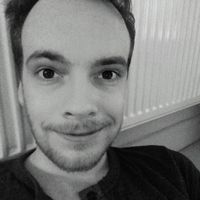 Eversheds publish their briefing on the introduction of the Criminal Justice and Courts Act 2015 (expected to come into force April 2015), which introduces several key changes to the way in which the UK's judicial review process will function. The legislation is aimed at addressing concerns that too many unmeritous claims being are being pursued.

The briefing is excellently drafted, and summarises how these key changes will make it more difficult for applicants to pursue successful claims, and affect the public's ability to hold government to account. A brief summary is below, and I've included my own thoughts below that - disclaimer: I am not a professional lawyer!

This change in procedure may make pursuing a weak claim unattractive, benefiting the justice system as a whole, and helping to unclog the courts. However, it seems likely that it might act to impede a private individual's ability to access justice when balanced with the cost of justice.

This is similar news to the recent press surrounding the Civil Proceedings and Family Proceedings (Amendment) Order 2015, which has taken harsh criticism, with opponents claiming that it impedes access to justice by dramatically increasing the cost of bringing a claim to court. All in all, it's looking like 2015 might not be the best year to go to court. . .

Thoughts? Answers on a postcard - tweet me at @JamesDLamont

12-03-2015 Given the Government’s ongoing concern that the judicial review process for scrutinising public law decision making has led to a number of weak or unmeritorious claims being pursued, the Criminal Justice and Courts Act 2015 (“CJCA”) (which was given royal assent in February 2015), heralds a new phase in judicial review practice.  We summarise below the key changes that, when the CJCA comes into force, may make it more difficult for applicants to pursue successful claims in the future. ----- As a result of the changes outlined, it is possible that a number of claims that may have previously been granted permission to proceed, will now be “weeded out” at an early stage. This will, the Government hopes, reduce the number of technical challenges which are often only brought as a delaying tactic. This, it is argued, drains not only the resources of the court but also that of public bodies. Defendants will now be able to rely on an additional argument, when seeking to defend a challenge, that if the outcome would not have been substantially different (had the conduct complained of not occurred), then the claim should be refused. That together, with interveners now being subject to a higher costs risk, and the ability of the court to make costs orders against those not involved in, but “bank-rolling” the proceedings, may mean that less applicants pursue claims. Some commentators consider that the changes introduced by the CJCA will result in a fairer division of the costs involved with judicial review. So that those who are privately funding an unsuccessful applicant, who may have had the benefit of a PCO, will now have to pay some of the defendants costs. It remains to be seen whether the changes introduced impact on the number of claims pursued and whether less public funds are involved in financing or defending claims involving health sector bodies in the future.