Silly me! There I was thinking that curating and analyzing all these new sources of data to both profile customers and price their risk was a good thing.  Then I read this article by James Daley in the Huffington Post and ICAEW Report it’s based on. Turns out I got it wrong going as far as to suggest that for insurers to accurately price risks would be  “evil” because it’s going to create a social problem.

I know I’m more of a capitalist than a socialist, believing as I do in free markets and limited government intervention, but I’d presumed that if insurers could provide really accurate technical pricing of risks so that customers paid a fair price taking into account all the relevant circumstances, that be seen as progress.  In fact, I’d presumed that this is what customers wanted hence all the start-up activity in UBI and product customisation.

Don’t get me wrong, I understand that some serious social issues lie ahead as it becomes increasingly obvious that some risks are uninsurable and that the true cost of their insurance will be unaffordable to some people.  The fact that this is going to occur doesn’t of itself make insurers evil in the same way that the NHS is not evil when it deprives patients of treatments and medicines because of their extreme cost.

With customers requiring increasing transparency in all their consumer dealings, why would they not expect to be provided with the real cost of their insurance risk if this was available?  More importantly, how can insurers be seen to be truly serving their customers needs if they don’t do this?

Is the current system, in which the good risks effectively subsidise the poor in a pool really better? The Law of Big Numbers has served insurers well in the past, but it was a function of necessity because the required data was not available. Once it is, so we can price more accurately, how would we achieve any form of equity - by means of a subsidy from good risk to poor?  If so, how would the mechanics of the subsidy work? Who imposes it and how is it calculated?  At the very least, wouldn’t the modern consumer expect to see the true cost of his insurance plus the subsidy so that there was they were aware of the “tax “ they were paying?

This issue, along with an ageing population, climate change, the threats of cyber and terrorism and creating sustainable growth in the developing world are the big social issues for this era and we are a long way from understanding what’s required from us individually and corporately in order to provide the answers.

What I do know is that insurance has a major role to play in all of them. We’ve always had a PR problem in insurance where our role in facilitating commerce and alleviating hardship is underestimated. By playing a central and benevolent role in tackling these issues the insurance community can do a lot improve its standing with both customers and commentators.

In the meantime, for the true source of evil JICAEW, James and others might be better served looking at the sources of the risks that insurers are being asked to protect against – terrorists, hackers, polluters and criminals.  Just because banker bashing is now old hat doesn’t give all and sundry  a right to turn on insurers!

On the face of it, there doesn't seem anything too controversial about giving people personalised quotes for their cover. But a new report published today by the accounting and finance body ICAEW, warns of a potential danger if the insurance industry carries on its current trajectory. Are you a bad risk? The natural endpoint for an insurance market which prices ever more precisely is that people who fall into the high risk buckets become uninsurable - either because no one wants to take their business, or because every insurer prices them out of being able to afford the cover they need. 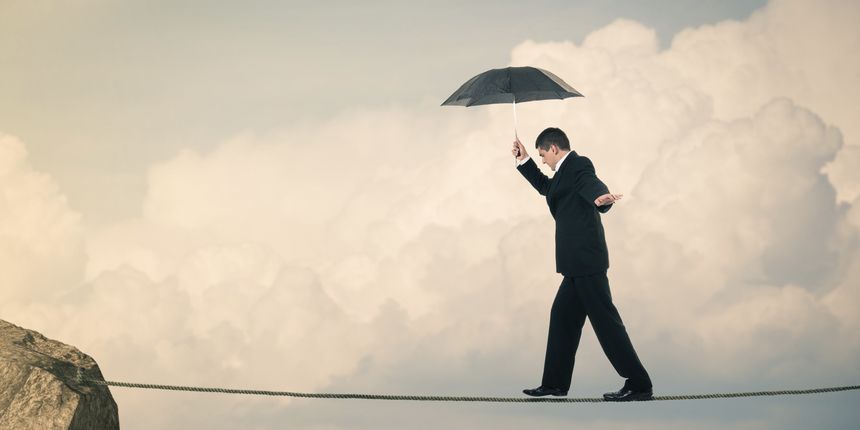 How Golf and Insurance Share the Same Problems
Robin Merttens

Ecosystems - from Buzzword to the Next Big Thing
Robin Merttens