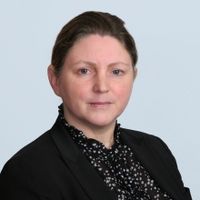 Yesterday's Daily Mail carried a piece by Carol Sarler about what it described as a "scandal, blighting the lives of thousands of well-meaning families": the "pool" of adopted children having changed, leading to "youngsters who wreck families"  being taken in by unwitting adoptive parents.  It opens with a description of a ten-year-old called 'Katya' who is "so fiercely, flamingly angry that it is hard to imagine a rage so huge in a child so small. With bunched-up fists, the ten-year-old is systematically destroying her adoptive mum Sophie’s bedroom."  Sophie is described as being at her wit's end, the situation "unbearable," but one she bears because she has "no choice."  Ms Sarler also says that this is a familiar tale "for many of the 38,000 adoptive families in the UK".

Central to the article is the premise that adoption is now very different to how it was before.  In the good old days, so the argument runs, the child being adopted was very different, not the damaged goods of today:

"It was not always like this. Not until adoption changed beyond all recognition.

Two generations ago, a typical case would have involved a teenage girl who had ‘got herself in trouble’.  She would have bloomed with health but, not wanting an abortion and fearful for the future, she would have ‘given up’ her equally healthy child.

Today, the babies ‘given up’ are too few to count. A teen mum nowadays tends either to opt for abortion, or keeps her child; shame is a thing of the past and she knows she will receive State support.

This means that the current pool, from which around 5,000 children a year are adopted in England alone, have been taken from birth parents not fit to care for them.

The children being adopted now are the offspring of our drunks, our derelicts, our damaged and our junkies."

With Ms Sarler's distorted view of how positive the adoption system was two generations ago?  Perhaps she missed the superb documentary aired by ITV in November 2016, Britain’s Adoption Scandal: Breaking the Silence, which told the stories of several women whose babies were given up for adoption during the 50s, 60s and 70s (some summarised here).  Adoption reached a peak in 1968, when more than 16,000 babies born to unmarried mothers were handed over to new families.  Many of the affected women describe having no choice given the toxic combination of shame, lack of support for single parents and cultural and societal pressure to give up their children to 'deserving' childless married couples; other birth mothers describe their children being forcibly removed.  A group of birth parents and adopted adults, represented by Carolynn Gallwey of Bhatt Murphy, has written to the Home Secretary, calling on her to convene a public inquiry into historical adoption practices, one key benefit of which would be, Ms Gallwey says, "the opportunity to finally recognise that unmarried birth parents during this time were all too frequently denied any real choice about keeping their children; that in fact their children were wanted and were not given away willingly."  Perhaps Ms Sarler missed the apologies from the Catholic Church, Church of England and Salvation Army for their part in forced adoptions and the lack of meaningful consent.  The description of teenage girls who had got themselves into trouble and gave up their children because of their concern for their futures is grotesquely simplistic and inaccurate.

Or perhaps we should start with Ms Sarler's suggestion that it is a bad thing that "teen mums" now feel no shame and receive support?  Diminishing shame and stigma associated with lone parenthood is surely something which should be welcomed. And the statistics make clear that in fact, early parenthood is often linked to lack of adequate support for the child who then becomes a young parent. As Public Health England has pointed out, the under-18 conception rate is now at its lowest level since 1969, but the risk factors associated with early pregnancy show that young parenthood is generally linked to certain vulnerabilities: childhood poverty, persistent school absence by age 14, being looked after or a care leaver.  Lack of State support for children, and failure to comply with Children Act 1989 obligations to assess children's needs and provide tailored support to meet those needs, is much more closely linked to teenage pregnancy than the inaccurate notion that there are in place overly generous State benefits for young mothers.

Ms Sarler is right that the nature of adoption has changed in recent decades, as the Parliamentary Select Committee on Adoption Legislation has pointed out (at [16], [20], [208]).  The Select Committee explains that most children are now adopted from care and often have complex needs due to their early life experiences. The impact of such experiences will vary depending upon the age of the child, the length of exposure to maltreatment and the severity of abuse. The Committee rightly emphasises that these effects "may be compounded by experiences in the care system, where delay and frequent placement moves can leave children bewildered and mistrusting of adults."  But the Daily Mail piece does not criticise failures in the care system; its focus is upon what it presents as the failures of adopted children and birth parents.

Running throughout the piece is a deeply unpleasant tone, which demonises adopted children and birth parents ("the offspring of our drunks, our derelicts, our damaged and our junkies"... adopted children seen as cuckoos in the nest, who "wreck families") .  A hurtful and misguided distinction is repeatedly drawn between 'natural' children and 'adopted' children, with Ms Sarler at one point writing:

"Sarah doesn’t cry for herself. But tears erupt when you ask whether, when she’s gone, she thinks her natural daughter, Ellie, will feel obligated to look after William, the son her parents adopted."

Since publication of the piece yesterday, it has attracted serious criticism from many on twitter, including from:

However, the article has also had its supporters, with some thanking Ms Sarler for writing it.  "About time, frankly" said 'Prosecco Lover', for example, and John de Waal QC tweeted, "Article completely accurate. No support for adoptive parents. Loads of misplaced sympathy for birth parents who have failed their children."

A central thrust of the article is criticism of the lack of sufficient and effective post-adoption support.  Ms Sarler is right to criticise this - although wrong to raise it in the distorted way that she has. Section 4 of the Adoption and Children Act 2002 introduced an entitlement for adoptive parents and their children to request and receive an assessment of their adoption support needs, but, remarkably, there no requirement for those needs, once assessed, to be met. Section 4(4) imposes on local authorities only a requirement to make a decision: "Where, as a result of an assessment, a local authority decide that a person has needs for adoption support services, they must then decide whether to provide any such services to that person."

As the Select Committee has recently noted, as the provision of support is thus at the discretion of local authorities, it therefore varies considerably. Little wonder that the evidence received by the Committee on post-adoption support "almost universally calls for an entitlement to support to be introduced".

However, we should not assume that such an entitlement would necessarily address the difficulties, either.  Where a statutory entitlement to an assessment, a plan and resulting support already exists, such as under section 17, Children Act 1989, for 'children in need' (and, incidentally, both 'Katya' and 'William' in the Daily Mail article are clearly children in need, entitled to such support), or under the 1989 Act as amended by the Children (Leaving Care) Act 2000 for care leavers, regrettably many local authorities fail to comply with their obligations anyway.  The duty is there - it is just breached, again and again (and cuts to legal aid make it increasingly difficult to challenge such breaches).  There are many reasons for these repeated failures to comply with statutory obligations to plan for and provide support, including a lack of understanding on the part of some local authority's staff (social workers and lawyers) about what their legal obligations are.  But a key reason is money, or the lack of it.  Swingeing cuts by central Government to local authority budgets have left many children's services departments woefully ill-equipped to meet their existing statutory obligations, let alone any additional duties.  There is also a linked problem with prioritisation of existing funds, and the failure to give proper weight to the needs of vulnerable children: for example, as Young Minds has said, local authorities and NHS commissioners have presided over dramatic cuts to CAMHS budgets for mental health services for children and young people, and see also my earlier post about CCGs allocating disproportionately low sums to children's mental health.

Ms Sarler's article not only touches upon the important issue of lack of post-adoption support.  It also raises - as highlighted by TACT - issues concerning Foetal Alcohol Spectrum Disorders (FASD).  But the flawed implication is that children with FASD are doomed, the blighted offspring of the dregs of society, and that they will wreck families which they join.  Similarly, whilst it is undoubtedly right that the stories told in the piece are likely to reflect reality for some adoptive parents - it will strike a chord with parents who see their adopted children in the 'Katya' and 'William' described - the offensive suggestion is that such families would have been better off without such Katyas and Williams, and that the Katyas and Williams of this world are effectively unadoptable.

Some have questioned why two respected charities, Adoption UK and Family Futures, chose to engage with the piece and provide quotes to the Daily Mail.  Adoption UK does not appear to have responded to the clamour of queries, but Family Futures has released a statement in response, which begins, "we welcome the debate the Daily Mail article has stimulated. The article could have done without the sensationalism, however the points made are valid." The charity makes clear that it welcomes the Adoption Support Fund, but says enhanced funding is needed to ensure there is a "realistic post adoption package for all."

A debate about the need for dramatic improvements in post-adoption support is undoubtedly needed, as is a debate about related issues, including failures in the care system and the lack of priority afforded to the needs of the most vulnerable of children.  But this article is not a good springboard for such a debate.  It presents a skewed picture: it romanticises the horrendous adoption system in the 50s, 60s and 70s which saw many children removed from their parents without proper consent and unmarried mothers stigmatised; and it demonises adopted children.  Let's have a debate, yes.  But not like this.

They open their homes to adopt – then find they’ve taken on youngsters who wreck their family. Why do we continue to BETRAY loving parents, asks CAROL SARLER 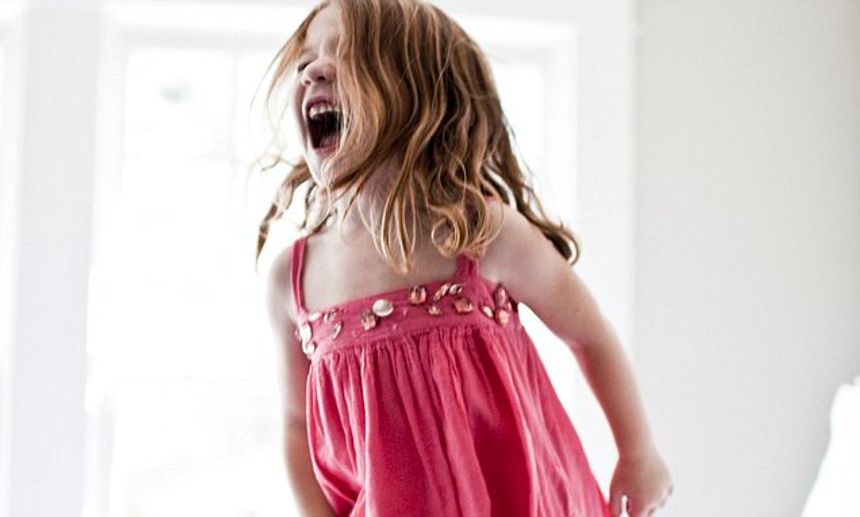 @MartinBarrow This is poor quality journalism from @DailyMailUK on #adoption #FASD that will cause incredible damage https://t.co/AZKkJ64D0t https://t.co/j6lUWJEcln

Actually, Carol Sarler, many adopters bear it for no other reason than because they love their adoptive children https://t.co/sITRAHVhGM pic.twitter.com/zHA5IIsob6